With many South African towns and cities facing increased risk of water shortages, The Coca-Cola Foundation is investing USD 1.275M (approximately R18M) to replenish up to 2,800 million litres back into nature to address water security in the country’s key watersheds. Through the Replenish Africa Initiative (RAIN), The Coca-Cola Foundation is investing in five projects to remove ‘thirsty’ invasive alien plants from five main water catchment areas that feed major cities and towns across the country, helping to replenish precious water into nature. Alien invasive plants consume millions of litres of water each year in these areas, resulting in water shortages and permanent loss to an already stressed water system.

Speaking at the launch of the Replenish Africa Initiative (RAIN), Minister of Environment, Forestry and Fisheries, Barbara Creecy said: “Government simply cannot do it alone and we need active private sector, community and citizen involvement.” “Over the next five years we must continue and grow our efforts. Firstly we need to work together to improve stream and river-related ecological infrastructure – by clearing invasive alien plant infestations, especially in mountain catchments and riparian areas. And by reinstating, restoring, rehabilitating and maintaining the buffers of natural vegetation along streams and rivers. Secondly we must improve wetland- and estuary related ecological infrastructure through restoration and rehabilitation.

Thirdly we must ensure that our programme to expand protected areas includes the formal protection of key catchment areas,” said Minister Creecy. General Manager of the South African Franchise of The Coca-Cola Company, Luis Avellar added: “Apart from reducing water usage in our plants, we are investing in providing cost-effective solutions to managing water security in South Africa. These investments in ‘ecological infrastructure’ are designed to address issues of water security upstream in watersheds, in cost effective and locally appropriate ways, rather than prohibitively expensive solutions downstream, such as groundwater extraction or desalination.” While each of the projects is geographically diverse, most catchment areas are remote and the projects support economic empowerment and skills development in rural areas across South Africa.

In total, the projects will seek to clear more than 750 hectares of invasive alien plants and will employ 130 people, focusing on providing training, mentorship and job opportunities for women and youth. “The economic empowerment of vulnerable communities is a key element of our water stewardship efforts as we seek to contribute to job creation and inclusive growth in South Africa,” says Avellar. Page 2 of 3 South Africa RAIN Press Release Classified – Confidential The five new projects are spread across South Africa and focus on involving local communities, while addressing water security on a larger scale. The five implementing partners and projects are:

4. Living Lands: Invasive alien plant removal accompanied by landscape restoration in the Diep River of the Langkloof as part of The Algoa Water Fund for Nelson Mandela Bay Municipality

This work builds on two other RAIN projects in South Africa. In 2018, The Coca-Cola Foundation provided seed funding for The Nature Conservancy’s Greater Cape Town Water Fund on the Atlantis Aquifer. This has since been expanded to employ more than 50 women and young people. This project will conclude at the end of 2019. The Coca-Cola Foundation also invested in catchment restoration in the Baviaanskloof of the Eastern Cape with implementing partner, Living Lands. This work concluded in March 2019, successfully restoring 1,460 ha of degraded lands. On the back of the Foundation’s seed investment, Living Lands was able to raise funding to provide operational security for their Baviaanskloof work for five years.

As climate change disrupts the water system, affecting drinking water supplies, sanitation, food and energy production, the Coca-Cola Foundation and its local implementing partners are leading the way in strategic investments to manage key watersheds to optimise the country’s water supply into the future. “The most effective work happens when there is collaboration across the public and private spheres for the benefit of the local communities,” concludes Avellar.

We thank our partner communities for their mobilization and contributions and look forward to continued collaboration to increase water security across the continent. ​
​ https://t.co/HjVjoinMYc​ #celebrateAfrica #Africa #RAINAfrica https://t.co/Gp32fx6syQ
View on Twitter 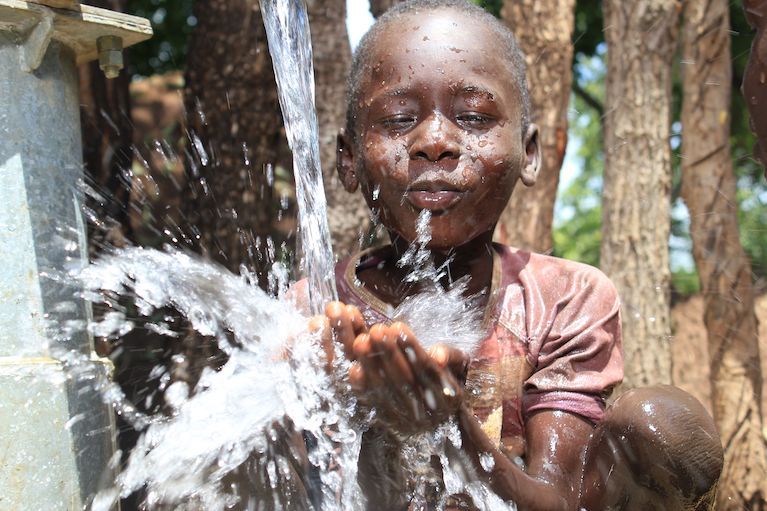 Replenish Africa Initiative
RAIN improves community access to water and sanitation while promoting improved hygiene behaviors for positive impacts on health and development in Africa. Our efforts help increase community wellbeing by lowering the risk of disease, creating income-generating opportunities, and raising the dignity, privacy, and safety of women and children.

We thank our partner communities for their mobilization and contributions and look forward to continued collaboration to increase water security across the continent.