Coronavirus seen as trigger for change

By Kim Harrisberg and Nellie Peyton via Global Citizen

Coronavirus seen as trigger for change

JOHANNESBURG/DAKAR, March 21 (Thomson Reuters Foundation) -People globally are being told to wash their hands to fight the spread of coronavirus but in Africa many can’t, experts said, urging states to use the pandemic as a reason to finally push for improvements to water supplies.

Aid workers and advisors said countries should seize the moment ahead of World Water Day on Sunday to reinforce water security on a continent hit by frequent droughts and where many people do not have access to a sink.

“Coronavirus has already highlighted that safe water and sanitation is essential to protecting human life during all infectious disease outbreaks,” she said in a phone interview.

Africa has been less severely hit by COVID-19, the respiratory disease caused by the new coronavirus, with an estimated 700 cases on the continent, compared to 41,035 in Italy alone, according to recent reports.

Over the past year, much of the central and western parts of southern Africa have experienced their lowest rainfall since 1981, according to the United Nations.

Still recovering from deadly cyclone Idai that hit about one year ago, Mozambicans wonder how they will fight the virus.

In West and Central Africa, more than a third of all people still do not have access to clean water, according to UNICEF.

“Now is the moment to reflect on what additional actions will be needed to reinforce water security everywhere,” said Abdoulaye Sene, executive secretary of the World Water Forum and longtime advisor to the Senegalese government on hydraulics.

Water cuts in Senegal’s capital Dakar are frequent, with government responding in the past by bringing in water in fire trucks. Hand sanitizer is already starting to sell out.

In Kenya — where only 14% of people have hand-washing facilities at home, according to UN data — the government has called on water companies to not shutdown supply to citizens if payments are overdue and plans on supplying free sanitizers.

The South African government is looking into supplying water tankers, sourcing groundwater and drilling additional boreholes for vulnerable communities, said a spokesman for the Department of Water and Sanitation, Sputnik Ratau.

“I think this is an opportunity,” said Mariame Dem, West Africa regional director for WaterAid. “It has shaken the decision-makers, it has shaken individuals, and I think the actors now can build from it for a more sustained approach and plan.”

(Reporting by Kim Harrisberg @kimharrisberg and Nellie Peyton @Nelliepeyton; Additional reporting by Nita Bhalla @nitabhalla. Editing by Belinda Goldsmith. Please credit the Thomson Reuters Foundation, the charitable arm of Thomson Reuters, that covers the lives of people around the world who struggle to live freely or fairly. Visit http://news.trust.org)

You can see all of Global Citizen’s COVID-19 coverage here. 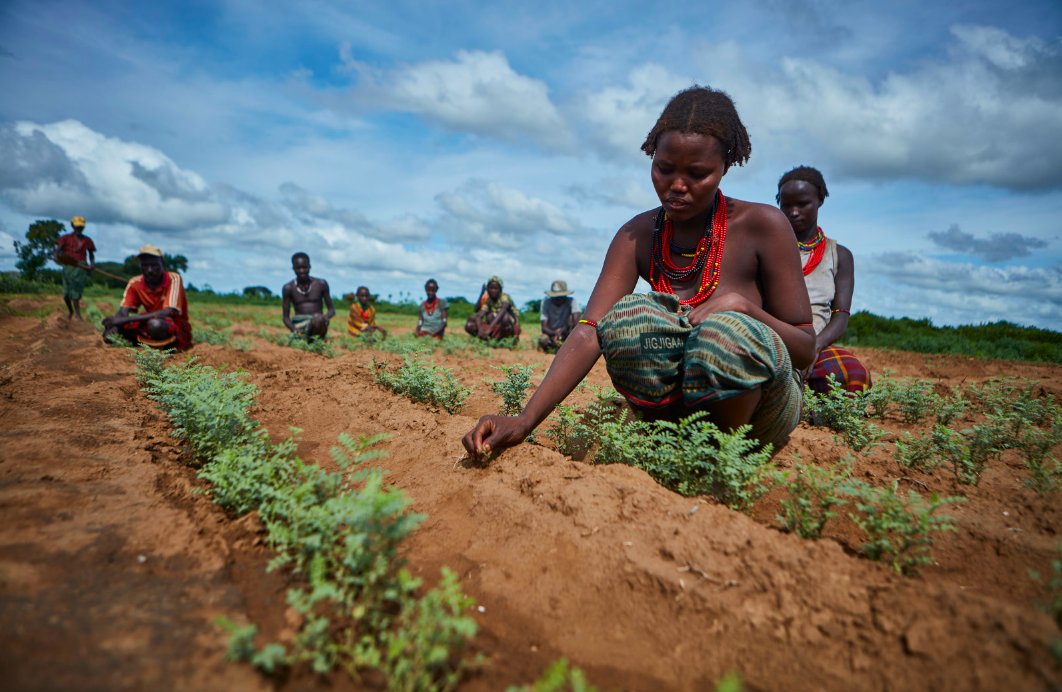 Biodiverse ecosystems are key in maintaining human wellbeing and the thriving of communities.

Replenish Africa Initiative
Fostering resilient communities helps create a sustainable future. Click through to find out how 62,000 people in the
Woalita and South Omo zones of southern Ethiopia are benefiting through WASH and sustainable agricultural training - - - > replenishafrica.com/ethiopia/

Replenish Africa Initiative
Why is proper hand washing so important? 🧼

It’s one of the first lines of defence against the transmission of diseases such as COVID19. 🦠